What a fantastic place to run! A beautiful hard and fast course with a nasty mountain climb right in the middle. Just 5-6 weeks after the disastrous Glass House ultra and mild training in between, I find myself having a wonderful day out on the trail. And the heart is full again!

Which one do you think is "The Bluff"?
SOMETIMES EVERYTHING CLICKS
It is easier to write race reports when things go badly - there is more to say. When things go well, the kilometres are ticked off easily; it is all over quickly, before the sun gets a chance to settle.
It still hurts and takes all the effort you can master to get to the finish line, don't get me wrong! It's just that everything feels right, everything clicks into place; you maintain the smile, the positive attitude and feel good throughout.

I went out a bit too fast in the first 40km of the race; the excitement of running in such a beautiful trail got the best of me. I also had my special support crew (Lidia and the kids) and my next door neighbours and friends at the checkpoints giving me a special boost.
So when I hit the infamous "Bluff", the hardest climb of the race, I paid the price. The relentless ascent and the heat almost defeated me, morally and physically. At the top of the climb I had to take a good five minutes rest and before I could start running again and the following 5km were not particularly nice.
Slowly but steadily I started to come back to life. From 70km mark, with the temperature dropping and the hardest climbs behind, I rode a second wind overtaking a few people who left me for dust on the Bluff.
Running in company of UTA champion Cecilia Mattas made time and kilometres move faster and I realised I had the chance to go under 12h. Why not try?
I pushed hard in the last 10km and crossed the line in 11:52, 10th overall. Not bad for having run with no expectations! 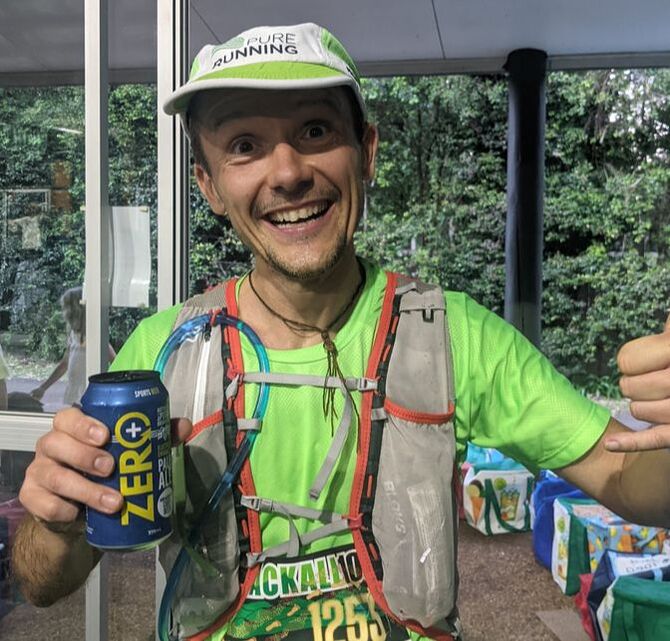